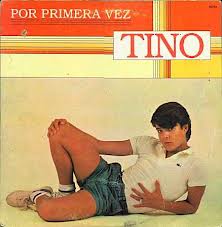 It is 11pm and the Surgeon sits down to write at his laptop.  His children are asleep.  He checks the baseball scores on Yahoo (incompehensible, since he now hates baseball and is starting to hate all professional sports, the American ones anyway, the way they have been so commercialized and monetized and the way our culture elevates these games of marginal skill to levels of absurd importance, and he checks them self-loathingly, the way an addict feels while falling off the wagon, cracking open that first beer, sliding another needle into a sluggish, anguished vein, doing it once again, irrevocably, for old times sake, a pastime he used to do eagerly, almost joyfully as a boy, hoping the Indians may have won the night before, now rote and mechanical, mindlessly clicking though well-lit, laptop-halogenated boxscores).  The very definition of a desultory existence.   His fantasy football draft is the next day.  Another season awaits where the Surgeon knows he will waste entire Sundays fretting about YAC and 2 yard TD plunges and whether strangers in other cities will accumulate 100 yards of receiving or just 97, about torn ACL's and waiver wires and back up tight ends and sleepers and busts and pick sixes and garbage time scores.  He will concede that he is powerless to resist this allure.  Oh it's so stupid, he will lament.  Another Sunday on edge, worried about his starting RB1's matchup.  Why do you expend so much mental energy concerning yourself with such drivel?  Now, before it has begun, it is easy to wax poetic over the things he "ought" to be doing instead.  The rich vastness of knowledge and art that still eludes him  Go learn the fucking piano.  Memorize those stanzas you love, not to quote them pretentiously at dinner gatherings, but because you want to be able to whisper them to yourself when troubled, when alone, when sad.  Teach your kid.  Be a better Dad.  Call your Mom more often.  Send a hand written note to your cousin or uncle.  But then it will start, another season, another pretend "team", and all noble intentions careen off into the void.    The Surgeon realizes this.  He foresees another fall/winter of self-fulfilled failure.  He will fail himself.  Of course he understands that if it isn't fantasy football, it will be something else.  He'll want his lawn to look a little too immaculate and go to great lengths and costs to ensure an Augusta National-esque appearance.  He will buy amazing mowers and gas powered trimmers and powerful industrial strength fertilizers.  He will read about the difference between crabgrass and foxtail and be able to spot them in his lawn.  When the summer drought takes hold, he will be seized by a throat clutching panic.  He will find himself unable to simply sit in a chair and watch the wind soughing the piercing green leaves of the trees in the sun.  He will want to trim some goddam branch instead.

Or else he will decide to become a champion swimmer in his age group and start to swim 50, 100, 250 laps a day at the community pool.  He will order top of the line swim wear (aquadynamic?) and fog-proof goggles.  His wife will ask him how he stands to wear such form fitting swim trunks in public without keeling over in embarassment.  No, it isn't just the fantasy football.  Always something will distract, will lure him toward the desultory.  He wants to limit his pursuits to either the Still or the Noble.  By Still, he means the ability simply to notice the fleeting moments of time that are too, too easily forgotten but, when captured, seer themselves into ones mind, ones identity.  (Do you ever find your mind returning to images of some room from your childhood, you aren't sure which or where this room is now, but it has always been there, inside you,  the details of its contents unimpeachable, following you along for years and years like a gift from some dead ancestor that you won't understand until much later or even when it's too late?  At one point before you became a distracted adult, you noticed things, you received the images of a life lived.  Now, you are lucky to remember the face your daughter made when you brought out her bithday cake.)

By "Noble", he refers to actions of a meaningful nature.  He is aware of how pompous this sounds.  He gets that talk of "noble pursuits" will elicit howls of laughter from many, including himself, depending on his mood when he re-reads this post.  But he will allow it stand, unedited.  He has chosen to believe that it is an important concept.  Piano, Keats, watercolors in the backyard, poems that compare one's relationship with distant frriends to the nesting habits of sea lions, barbecue excellence.  Every man will choose these as his own.  The Surgeon is not so arrogant as to determine the specifics of true Nobility.

This is how he wants to live. A life of Stillness and Noble Pursuit.  The Surgeon, however, is not unrealistic.  He understands that human weakness/fallibility mandates a certain degree of aimlessness and wasteful existence as he wanders the earth ( and by "earth" what is implied here is "Ohio", specifically "the greater metopolitan area of Cleveland").   He understands that he will attend the fantasy draft tomorrow and have serious, vehement conversations with men his age about meaningless data and they will all try to outdo one another with jokes, mirth, wit, etc etc.  He will partake and admittedly enjoy himself to some extent.  He will watch time elapse rapidly.  Time, lost.  The draft will end and he will tell himself that "it isn't about the draft, it's hanging out with friends/souls he has known for 15 years" and that even if he really isn't all that close with many of them, one cannot underestimate the mere longevity of kinship.  To have simply known someone for years and years, a man who changes along with you, changing in ways you know well yourself deep in your heart, ways neither of you will be able to talk about directly.  The distraction will have been worth it.  But he will have to see how he acts when the regular season starts and his team is down 30 points at halftime.  Will he care?  Will he even be aware of the deficit?  One can hope to improve in small, seemingly insignificant, ways.

The Surgeon also understands that he is a man with a rather meager armentarium of talents.  The Noble Pursuits available to him are few.  The one thing he can do, on occasion, albeit somewhat artlessly, is to write with honesty.  He feels in his bones he can write true, honest sentences.  And if he strives to write enough of them, string enough together coherently, regularly, disciplined and open hearted, written after a period of Stillness, when he has noticed and received the things that warrant it, then perhaps, just maybe, it would be worthwhile to resume the blog he used to write.  He did not like the way the blog evolved.  The Surgeon wanted to unfriend the person who wrote some of the older posts from BS.  But whatever.  Things will be different now, he tells himself.

Posted by Jeffrey Parks MD FACS at 1:22 AM

Do you know how hard it is to prove that I am not a robot... this is my 57th attempt!

For what is worth, your post "To Blog" has been saved under my favourites ever since.

Aesculus glabra: The barber from,
reaches for scalpel
longs for quill

It is good to see you again
Jakes
ZA

OK, as long as you don't make our patients wait to be seen until I turn my brackets in to you on that day come March! And as long as I don't catch you with a tear in your eye watching ESPN Classics between patients in your office #fanboy.

It's great you haven't given up blogging.