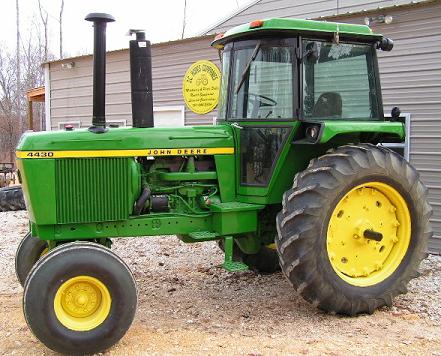 Atul Gawande has a new health policy piece in the New Yorker this week. At issue is the problem of cost control and how the health care bills swirling around Washington DC fail to adequately account for the exponential growth in health care spending anticipated based on current trends and the fact that an expected 94% of Americans will be covered by the new legislation.


If nothing is done, the United States is on track to spend an unimaginable ten trillion dollars more on health care in the next decade than it currently spends, hobbling government, growth, and employment. Where we crave sweeping transformation, however, all the current bill offers is those pilot programs, a battery of small-scale experiments. The strategy seems hopelessly inadequate to solve a problem of this magnitude. And yet—here’s the interesting thing—history suggests otherwise.

He proceeds to spend the bulk of the rest of the piece elucidating an analogy between health care reform and agricultural reforms that occured in the late 19th century in America and how these patchwork pilot programs can be a useful means to achieving meaningful reform. I sort of, kind of get it but it's a false analogy. The efforts of the US Department of Agriculture resulted in more efficient farms, consolidation of wasteful tracts of arable land, and provided a safety net (in the form of farm subsidies) for farmers to account for droughts and variations in demand. So not only did consumers make out (lower prices, surplus of goods), but the farmers and eventually the giant agroconglomerates also benefitted.

And that's where the analogy with medicine falls on its face. The pilot programs contained in the bill are designed to benefit patients and insurance companies and federal entitlements like Medicare in the form of lowering costs. And how is this accomplished? Basically by lowering reimbursements to providers and hospitals. Bundled payments, tiered rewards based on outcomes, elimination of fee-for-service are all worthy ideas to try; but the people entrusted with carrying out these reforms (doctors!) dont stand to benefit. It's a crude, cynical formulation I know. But we're only human. There has to be at least a morsel, a sliver of carrot hanging out there. It can't be all stick. I'm not saying doctors won't play ball. We will. But there has to be something for us to nibble at in this gargantuan bill. Mix in a little tort reform, medical school loan forgiveness, and subsidies for those who choose to practice in rural/low population areas (the present pilot program written into the bill is woefully inadequate) and I'm all for it. I'll even work for salary like the smart doctors at Mayo and Harvard with their fancy collaborative care models.
Posted by Jeffrey Parks MD FACS at 5:29 PM

...The efforts of the US Department of Agriculture resulted in more efficient farms...
Not always. Efficiently run farms continued as they always had, but suddenly they got a taxpayer handout, too. My grandfather and his friends continued to farm the way they always had, but the government paid them extra for doing it. They thought it was ridiculous, but who's going to turn down free money? They accept the subsidies knowing that they're getting free money for farming in the best way possible.

Methinks that far too few docs really see the handwritting on the wall. The S Ilensky formula is in play.. Make Docs the bad guys and blame them for all that is wrong with health care today. Quantify their sins-70k to cut of a foot and excessive tonsellectomies.

Offer the protection of the Government to prevent continuation of the abuse. Someone needs to watch the docs!

As employer provided insurance is dropped in favor of the cheaper government program, docs will either follow the money (less $ for sure) or find other vocations. I imagine that access will become more difficult, the lofty goals of ending obesity and complications from diabetes will be a forgotten.

However there is always farming

Something to nibble on? Your wish may be granted. Get ready for health care cannibalism where the 'divide and conquer' strategy causes stakeholders to devour each other.